Stickler syndrome is known by several names. This syndrome has been identified as Progressive Arthro-Opthalmopathy (Gilbert, 1996; Jung et al., 2000), Hereditary Arthroopathalmopathy (Shprintzen, 2000) or Hereditary Progressive Arthoophthalmopathy (Francomano, 2010). In 1965, Stickler, et al first described the disorder at Hereditary Arthro-opthamlopathy. Since then, other identifiers, as listed above, were named. Currently it is known as Stickler Syndrome. It is an autosomal dominant collagen connective tissue disorder, and most recently, has been found to also be of autosomal recessive inheritance (Boothe, et.al, (2020). 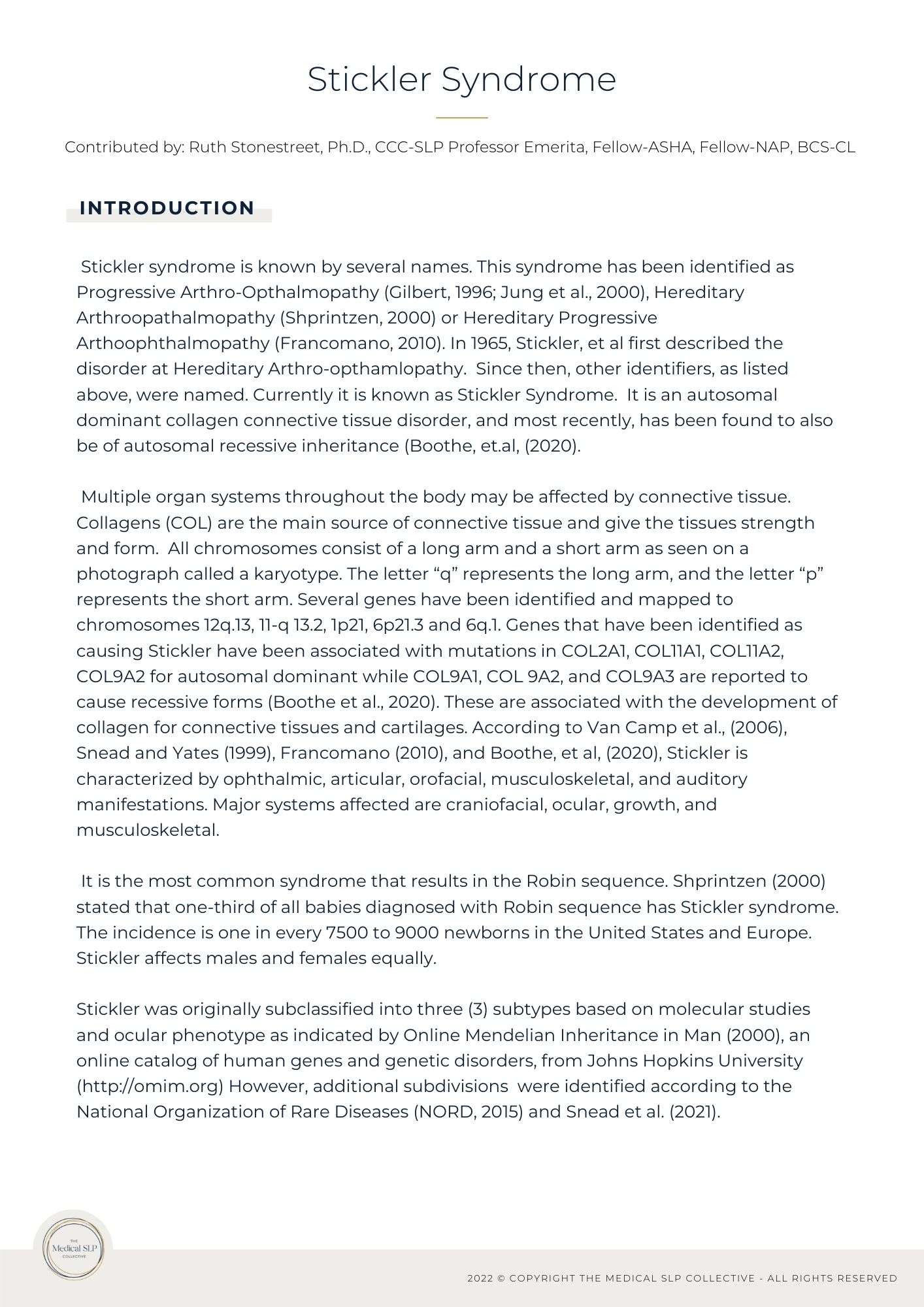