An infant’s road in the Neonatal Intensive Care Unit (NICU) can be long and arduous. After many weeks or months in the hospital, countless surgeries and setbacks, typically the last thing to hold an infant from being discharged is feeding. Historically in the United States, volume-driven feedings have been the standard approach to increasing infants’ nutritional intake to a point sufficient to allow discharge from the NICU. Volume-driven feedings require an infant to feed on a schedule (e.g., every 3-4 hours), and to consume a pre-determined amount of liquid at every feeding. When an infant does not complete his/her prescribed volume (example 60ml/cc of formula) via oral feeding then the balance is gavaged via nasogastric tube (NGT). A volume-driven approach may be adopted by the medical team, nurses, and caregivers in order to measure the infant’s success with oral feeds. This would be viewed as a QUANTITY approach to oral feeding, where the infant’s progress is measured by how much he/she is feeding. Essentially, the infant’s success will be celebrated when he/she empties the bottle – no matter how it was completed (example – increasing flow rate). However, volume-driven intake can create a stressful feeding experience, because infants may be fed past their stopping point (Shaker, 2013). Shaker (2013) described how the speech-language pathologist (SLP) can read an infant’s feeding by monitoring infant cues for engagement and disengagement with oral feeding. In fact, volume-driven feedings may actually extend the infant’s NICU stay in comparison to cue-based feeding, i.e., feeding that emphasizes following the infant’s lead regarding the amount and frequency of feedings (Puckett et. al., 2008; Kirk et. al., 2007; McCain et. al., 2001). 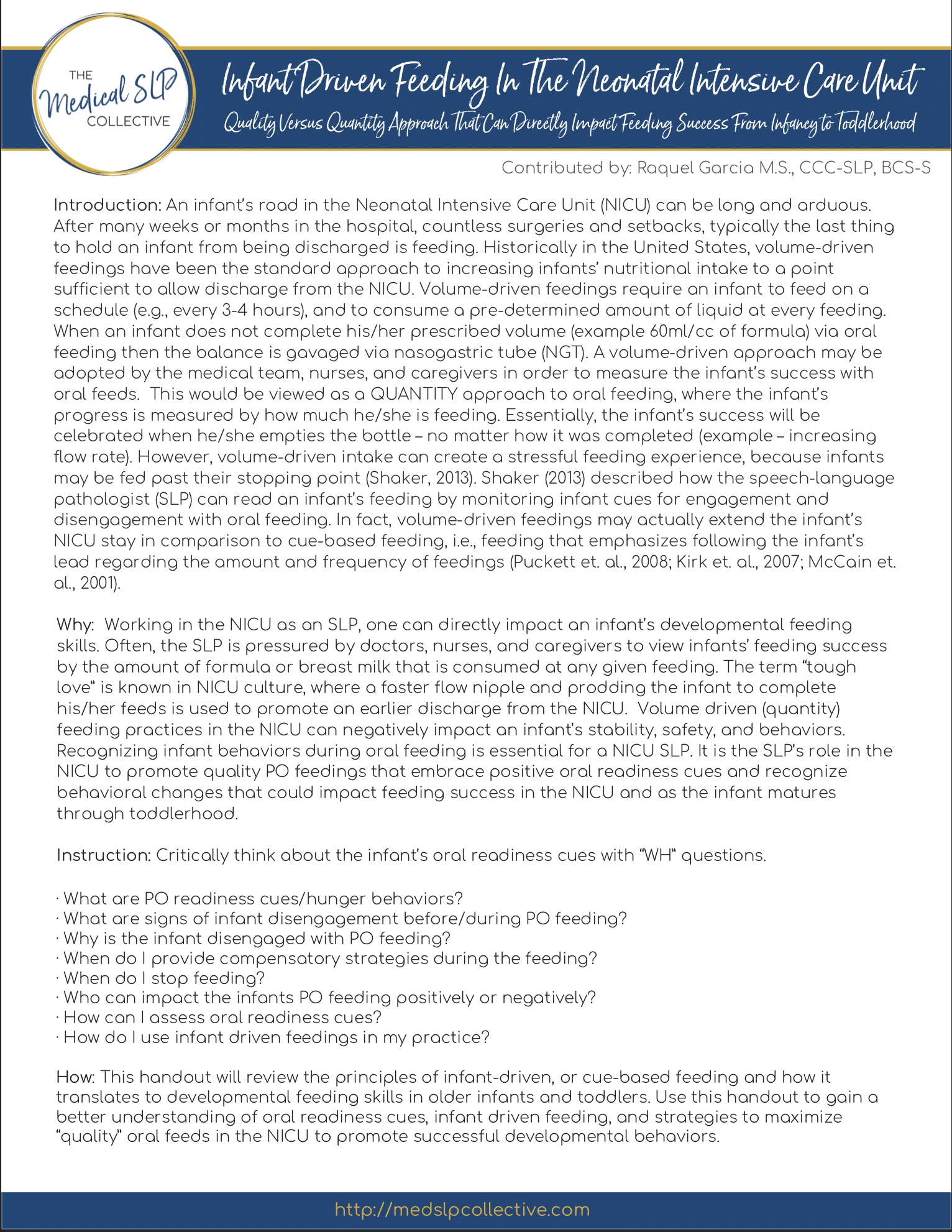 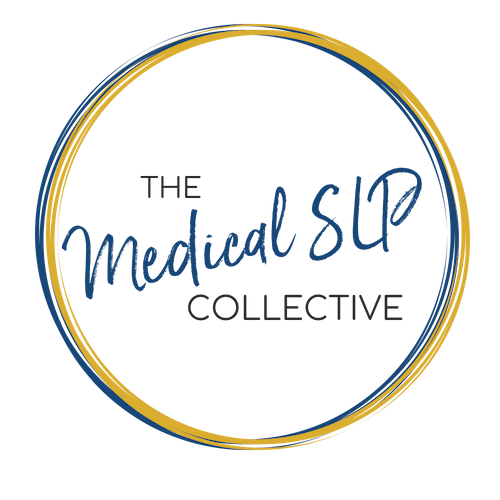